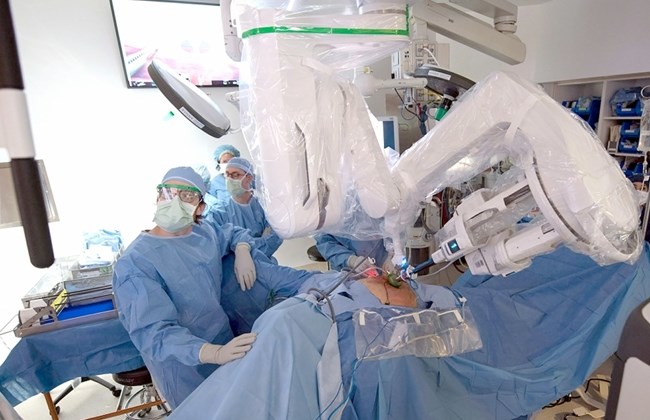 Fakih Hospital recently acquired the means to conduct robotic surgeries, and their first surgery was a success.

Dr. Bilal Abeed managed to perform the first robotic surgery in Fakih Hospital. The surgery consisted of the usage of a robotic arm for the purpose of increased accuracy and efficiency.

The surgery in question was a knee surgery, performed on a man named Bilal Ali Haidar. The patient was very hesitant about undergoing this particular surgery knowing the success rate is low. However after discussing it with Abeed and seeing the robotic arm, his hesitation was quickly swayed.

Abeed told one of our sources that the robotic arm makes the surgeries faster and much more efficient at absolutely no additional cost for the patient. He added that it was crucial to introduce this technology in Lebanon especially during these dire times because the people of Lebanon deserve the best of what the medical field has to offer.

The Online Publishers ‘TOP’ is a global online hub bringing together comprehensive services and solutions in the publishing world.Why Go With TOP For Fast Online Reputation Help Right Now

3 Valid Reasons To Look For Your Photos With TOP

A tour of Beirut’s hidden beauty

The Most Important Thing You Need To Know About Success

7 Important careers that are in demand into 2021